Warty but still a Cutie: The Visayan Warty Pig 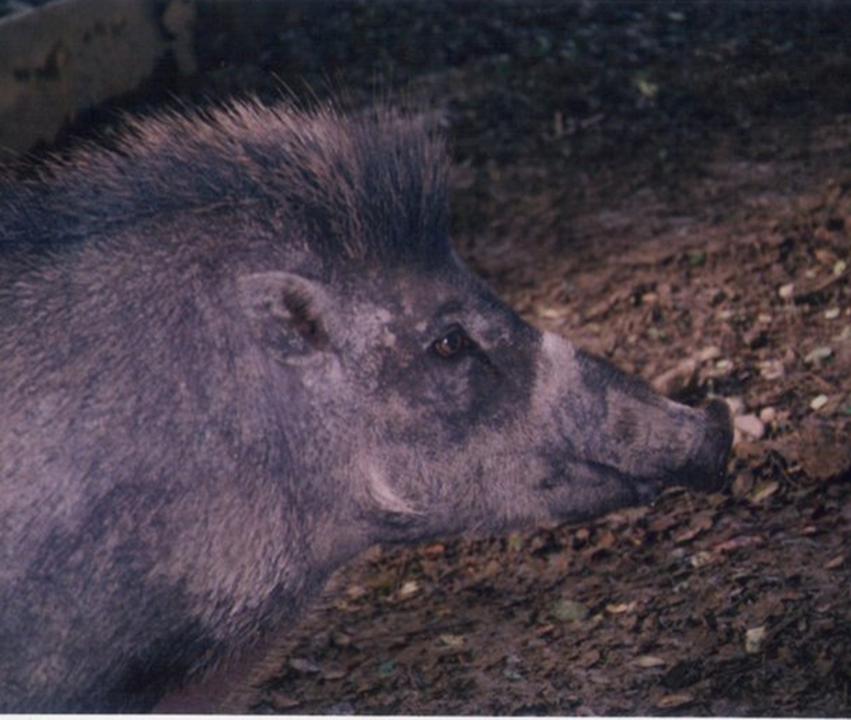 For most people, pigs aren’t the most charming of creatures and in some cultures; they are even associated with negative qualities such as filth and greed. But with an open mind, you may be surprised to learn that there is so much more to pigs than you’d think! Indeed, they can also be charming, captivating, and beautiful in their own special way.

Meet the Visayan warty pig, a small, forest-dwelling pig endemic to the West Visayan Islands of the Philippines! As stated in their name, warts are their main feature and together with their funky hairstyle, they couldn’t be any cuter! These warty pigs are also known asbaboy ilahas (which literally translates to wild pig) and belongs to the class, Mammalia, under the order, Cerartiodactyla. They are best described as dark gray in color with bristle-like hairs covering its entire body. The color of these bristles can help indicate whether the animal is male or female. A female warty pig would have dark-colored bristles whereas male warty pigs would have light

brown or silvery-colored bristles. You may also recognize them for their bristly mohawk hairstyle. During breeding season, this crest of hair of the male pigs can grow to up to the long lengths of 23 cm! They can also raise these hairs as a way for them to appear bigger and more intimidating to their predators and breeding rivals. The bigger, the better!

You might be asking by now, how are they “warty pigs”? Indeed, they acquired such a name because of the presence of fleshy warts found all over its face; however these warts are quite small and unique to the male pigs. Because of that, they are instead better distinguished for the white stripe on their face which crosses the bridge of the nose and follows the jawline. Although their warts may seem to be a useless feature, they can actually serve as a form of protection from the piercing tusks of other male warty pigs when fights break out.

The Visayan warty pigs are known to live in dense tropical forests and grasslands. Their diet consists mostly of anything they could find – roots, tubers, fruits, leaves and other vegetable crops. They are very sociable animals and usually move in groups called sounders. A group commonly consists of one adult male and several adult females along with their offspring. The warty pigs in captive are observed to be quite playful animals as they enjoy wallowing in the mud. There are also times however, when they show signs of aggression. Apparently, pregnant female pigs can be quite aggressive, even to members of the same species as the day of their delivery draws near. In line with their aggressive behavior, once they give birth, they are observed to be very protective of their young which may be as little as 1-3 piglets at a time! The female piglets can achieve sexual maturity at 2-3 years of age while the male pigs; on the other hand, can start siring offspring as early as 14 months. These warty pigs are said to live to up to 10-15 years however, there are many factors that can cut their life short and cause a drastic decrease in their population.

As of July 2016, the Visayan warty pig has been listed as a Critically Endangered species under the International Union Conservation of Nature (IUCN) Red List. Their numbers continue to decline up to this day and only a few continue to survive in the Negros, Panay and possibly Masbate regions. Unfortunately, it is said to have lost 95% of its former geographic range and can now be only found in small fragmented populations. The main causes to their decline are due human activities such as habitat destruction, crop raiding, meat hunting and poaching. If the destruction of their forests and resources continue, they will be driven to extinction.

Fortunately, conservation efforts today allow the species to persist in their remaining strongholds. Currently, the Visayan warty pig is protected by the Philippine law and policies for the protection of its forests are being implemented. Additionally, three rescue and breeding centers for the warty pig have been confirmed in the Philippines. We also have conservation programs led by the Crocolandia Foundation and Negros Forests and Ecological Foundation, Inc. which aim to maintain the warty pig population. There are also several international conservation programs and breeding centers in places such as North America and Europe. Let us aim for a bright future for our Visayan warty pig. Let us hope for the day when we will be able to see these adorable creatures thrive once again in their native land, the Philippines!