A selection of Pastor Dave Trinidad’s Daily Bird 2020: “One bird species a day, one passage of the word a day. Two birds in one stone, by His grace”. Text and pictures by Dave Trinidad.

“People were also bringing babies to Jesus for him to place his hands on them. When the disciples saw this, they rebuked them. But Jesus called the children to him and said, “Let the little children come to me, and do not hinder them, for the kingdom of God belongs to such as these. Truly I tell you, anyone who will not receive the kingdom of God like a little child will never enter it.” (Luke 18: 15-17) 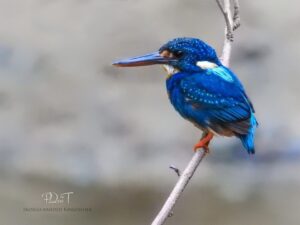 Previously, in verse 14, Jesus said, “For all those who exalt themselves will be humbled, and those who humble themselves will be exalted.” I think the Lord means virtually the same thing here, using the example of children and their faith. Let us draw lessons from the four characters present in the story:

First, parents have been entrusted a stewardship from God to bring and lead their children to the Lord. This desire is pleasing to Jesus and is your foremost responsibility as parents. This is a very close connection between your own humility and your ability to lead your children to Jesus.

Second, the disciples of Jesus should remove all hindrances that keep children from coming to Jesus. Sadly in our story, the disciples were the ones who rebuked the parents who were bringing their infants to Jesus. Could it be an issue of pride too? Did they think only the adults were ‘entitled’ for God’s kingdom?

Third, Jesus welcomes all those who come to Him. He recognized that these children and their parents were important – that is to say, they were a priority. The disciples didn’t think so and thus started sending them away. Jesus, however, reacted by seeing the as the most important focus of his time and attention at that moment.

Lastly, child-like faith – faith as small as a mustard seed, a humble faith – is what the Lord seeks from those who come to Him. Jesus said, “Truly I tell you, anyone who will not receive the kingdom of God like a little child will never enter it.”

“Is anyone among you in trouble? Let them pray. Is anyone happy? Let them sing songs of praise. Is anyone among you sick? Let them call the elders of the church to pray over them and anoint them with oil in the name of the Lord. And the prayer offered in faith will make the sick person well; the Lord will raise them up. If they have sinned, they will be forgiven. Therefore confess your sins to each other and pray for each other so that you may be healed. The prayer of a righteous person is powerful and effective.” (James 5:13-16)

James, one of the brothers of the Lord, the leader of the Jerusalem church, writes some of his best teachings and practical advice and sends them to Jewish believers scattered throughout the Roman empire. At the beginning of his letter, he writes, “Consider it pure joy whenever you face trials of many kinds…” Towards the end of his letter, he went back to this same theme.

He asks three short questions, representative of the various experiences we have as believers:

Is anyone among you in trouble? I could imagine most of the readers saying an “I am” to this. So, what do you do when you are in a difficult situation? Having a problem? A conflict with a loved one? Tempted? In need? James has a bit of advice for us: PRAY! Prayer should be our first resource, not our last resort. We are not to complain, fight back or run away. We are to pray and learn to turn to God immediately; to ask from Him and to trust Him. Are you in trouble? Spend time in prayer.

Is anyone happy? We are not always in a tight spot situation you know. Sometimes we are doing OK. Are things going well with you? Are you well-provided for? Healthy? Cheerful? Satisfied? James’ advice to you is to PRAISE! To sing! To thank God. The natural response to sufficiency is to forget the Lord and all His benefits. Praying in times of difficulty may be as unnatural as to actually sing in times of prosperity. We all tend to be forgetful! It’s time to praise the Lord! Do you have a favorite hymn or praise song?

Lastly, James asks, “Is anyone among you sick?” Are you spiritually weak or physically ill? James’ short answer is: INVOLVE the community, your community of faith. Call the elders and let them pray for you and encourage you. Share burdens one to another. Confess you sins to one another and pray for one another.

What should we pray for in times like this? Don’t just pray for God’s healing and provision. James tell us to ask for God’s wisdom (1:5), to ask for discernment, and endurance. Maybe God has other purposes for this trial. Is the person living under the lordship of Christ? Is he living in sin? Maybe this illness is to bring him into submission. Maybe there is some other purpose. May we lack righteousness.

Did you notice James’ advice? For a believer, responses to life’s experiences must always be God-centered, God-dependent. Let us view every difficulty or sufficiency through a God-ward perspective not only individually but as a community. You are not journeying alone, you have God and your spiritual family.

“He chose David his servant and took him from the sheep pens; from tending the sheep he brought him to be the shepherd of his people Jacob, of Israel his inheritance. And David shepherded them with integrity of heart; with skillful hands he led them.” ‭‭(Psalm‬ ‭78:70-72‬)

David was the “Man After God’s Own Heart” not because of any extraordinary qualities he may have. In fact, among his siblings, he was the most unlikely one to be chosen king of Israel. Yet, the Lord chose David, the shepherd-boy of Israel, to be His servant. He took him from the sheepfold and raised him to shepherd Jacob His people, Israel His inheritance. David earned the title because God graciously chose him.

And David shepherded Israel according to the integrity of his heart. He was upright before God, a worshipper at heart. Whatever faults he had, his allegiance to his Shepherd did not waver. He shepherded for God with honesty and faithfulness.

David also led the nation with skillful hands. He was a great warrior in battle and wise in his administration. He led worship with his harp and composed beautiful music. Everything he touches prospered. His mighty men remained faithful and the Jewish kingdom rose to an honorable position among the nations.

So when God calls you to be part of His work, remember to serve Him with the integrity of heart and skillful hands, just like David, who is a beautiful type of Jesus — the true Shepherd of Israel.