No More Crocodile Tears Left to Cry: Saving the Philippines’ Most Endangered Croc 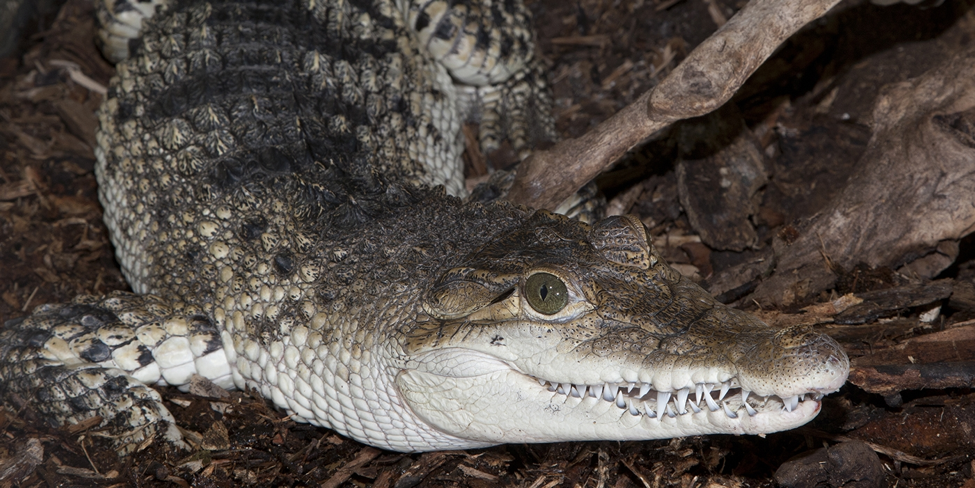 Crocodiles are greatly feared by many people due to their humongous size, their scaly and bumpy skin, and their strong jaws that could easily crush bones and tear muscles apart. However, the tables have been turned. Crocodiles are now killed on sight because of fear and because they are exploited for their meat and hide. The population of our very own Philippine crocodile (Crocodylus mindorensis) is dwindling throughout its range.

Endemic or unique to the Philippines, it was once found all over Luzon, Mindoro, Masbate, Samar, Jolo, Negros, Busuanga, and Mindanao. However, based on current surveys of this species, they are now restricted to northern Luzon and the southwestern Mindanao islands. Within these areas, the Philippine crocodile resides in freshwater habitats such as small wetlands, ponds, marshes, man-made reservoirs, and the like. Interestingly, they can also be found in mountainous regions within rivers with rapids that run over limestone cliffs.

The reproduction and development of Philippine Crocodilesare very similar to those of other crocodiles. These crocs start to mate within the months of December to May and lay eggs within the months of April and August. They lay their eggs in a nest made out of twigs, leaves, and soil or sometimes, simply in a hole on the ground. The number of Philippine crocodile eggs per clutch is about 7 to 33 eggs. The parents take turns in guarding the nest, which is rarely observed in most crocodile species. The sex of the offspring is determined by the temperature of the environment, which is similar to all crocodilian species. After about 2 to 3 months, the eggs finally hatch. It takes about 10 years for females and 15 years for males to reach sexual maturity, and then the cycle continues. These crocs are thought to live for up to 80 years, much like us, humans.

The diet of the Philippine Crocodile varies based on the age of the crocodile because of limitations due to size but they are generally carnivores. Younger individuals eat smaller animals like snails, shrimps, dragonﬂies, and smaller vertebrates like fish. Their diet changes drastically as they turn into adults. They can now feed on larger animals like pigs, dogs, snakes, and water birds. At the other end of the spectrum, the predator can become prey. Their top predator is what’s currently driving them to extinction. Humans kill crocodiles because they are a threat to people and their livestock. Not only that, humans also kill crocs for food or for their skins. Crocodile eggs and hatchlings are also in danger of predation. Animals like monitor lizards, dogs, and ants are able to feed on the eggs of the Philippine Crocodile if they are left unattended. Hatchlings are also known to be preyed upon by rufous night herons and monitor lizards.

Based on the IUCN, the Philippine Crocodile is considered Critically Endangered meaning it has an extremely high risk of extinction in the wild. The species is estimated to have only 92-137 individuals left in the wild and the number is constantly decreasing. Multiple threats contribute to the decrease in their number, most of which are caused by man. Fortunately, we have a law against the keeping and killing of wildlife as well as other sorts of wildlife exploitation. According to Republic Act No. 9147, killing a Philippine Crocodile will lead to imprisonment of at least 6 years or a maximum fine of PHP 1,000,000. Multiple institutions such as the Palawan Wildlife Rescue and Conservation Centre (PWRCC) and Siliman University have started breeding Philippine crocodiles ex-situ and many areas where the crocodiles are found are now considered as protected areas. In-situ research as well as education and public awareness campaigns are also being implemented by the Mabuwaya Foundation in municipalities where these crocodiles are found.