All about the Philippine Flat-Headed Frog 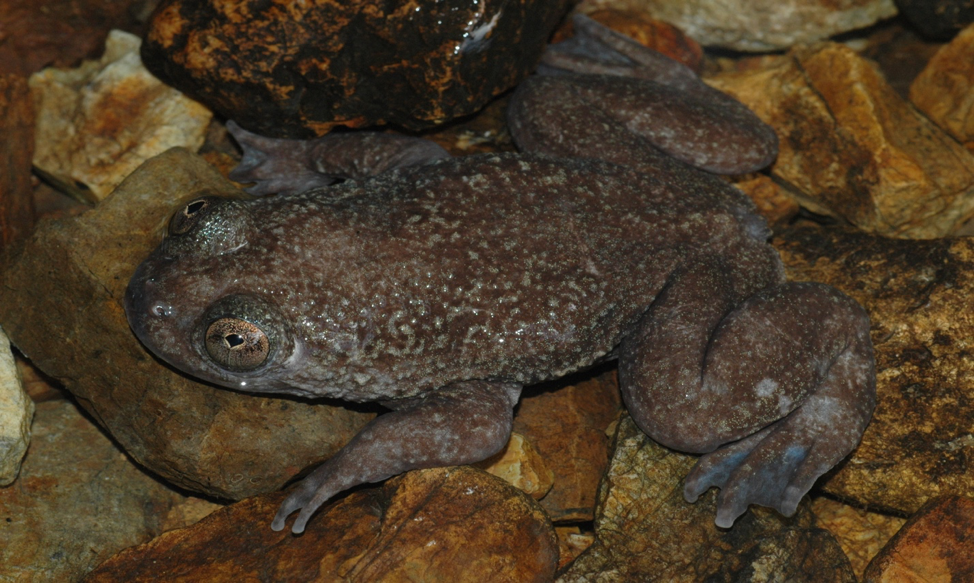 The Philippine flat-headed frog is also known as the Busuanga jungle toad, Busuanga disk-tongued toad,and Philippine aquatic frog, the Barbourula busuangensis, is found only or endemic in the islands of Busuanga, Culion, Balabac, and Palawan in the Philippines.

As its name suggests, this flat-headed frog has a dorsoventrally flattened body covered with tubercles adapted to survive its fast moving aquatic habitat. They often float on the surface and have their nostrils and eyes located on top of their heads. Furthermore, this Barbie frog has no external tympani. They have strong and powerful limbs with extensively webbed digits. Once disturbed, they use these limbs to paddle and dive to the bottom of the stream to hide.

Furthermore, this amphibian belongs to the family Bombinatoridae. Two genera of frogs are classified under this family – the Barbourula sp. and Bombina sp. frogs.Species in this family are known to have striking and brightly colored ventral sides.

In fact, they are widely known as the fire-bellied toads – now that’s very Barbie-like! They use this aposematic coloration to ward off predators and send them a warning of their reputedly foul taste.

The genus Barbourula has two species – B. kalimantanensis,the only lungless frog endemic to the islands of Borneo, and B. busuangensis endemic to Palawan. The distribution of these two species suggest the interesting spatial divergence in Southeast Asia. The “Palawan Ark Hypothesis” suggests that divergence between the two species happened around 15 mya when Palawan was near Borneo. These two species had significant compatibility based on their genomic sequence but were separated due to the divergence of the two islands as the years passed.

Little is known with regards to the reproduction and breeding of this Barbie frog. No tadpoles have been observed, which led the scientists to speculate that this frog undergoes direct development. A lot of attempts of breeding this frog were done in the laboratory but they were unsuccessful.

The IUCN tagged Barbourula busuangensis as “near threatened”due to its declining population in fragmented habitats. Most of its threats are degradation of habitat and pollution of streams through irresponsible and illegal mining. Remember that these frogs live in unpolluted streams! They are bioindicators of clean and untainted water. Losing these precious Barbie frogs could mean losing clean and unpolluted streams as well!